What is Via Ferrata and How to Prepare for It?

A via Ferrata is a secured climbing route made out of metal stairs, ladders, zip wires, and suspension bridges that you attach to the cliff by a steel cable rail. The term refers to both the outdoor activity and the route of progressing through the via Ferrata while wearing a harness attached to the cable.

Via Ferrata, which is halfway between rock climbing and scrambling, enables non-expert hikers to hit high altitudes with minimal equipment safely.

A via Ferrata is a rock climbing route that uses steel cables, ladders, or rungs that are fastened to the cliff and to which climbers use two leashes to attach a harness that lets them bind themselves to the steel fixture and avoid falling.

Both handholds and footings are provided by the wire and other fixtures like iron rungs or stemples, carved stairs, pegs, bridges, and ladders.

They make it easier to reach challenging summits as a substitute for mountaineering and mountain climbing, demanding more advanced abilities and specific equipment.

It permits climbers to ascend on otherwise hazardous routes even without the dangers of uncontrolled climbing or scrambling or the necessity for specialized climbing gear.

It takes an altitude of 1,000 meters or more of elevation that takes over eight hours to accomplish.

In some regions, like the Brenta Dolomites, it’s possible to connect via Ferrata and spend a night in alpine refuges to complete multi-day high-altitude ascending tours.

Via Ferrata varies in difficulty from simple trails, even in dramatic and vulnerable locations, to highly steep and rigorous routes, some of which are overhanging, requiring the strength, if not the technique of professional rock climbing.

Related Article: Name Something You Can Climb

Via Ferrata Origin and History

The first Via Ferrata equipment was put on the usual path on the Hoher Dachstein in the Austrian Dachstein Alps in 1843, marking the start of the first era of Via Ferrata. Friedrich Simony was in charge of the setup.

Studli had his turn on the arete connecting the two simple Grossglockner summits, Austria’s highest peak, in 1869.

During World War I, between 1914 and 1918, the Dolomites in Italy gave birth to the Via Ferrata. They were built to aid in moving equipment and men onto crucial mountain locations.

Those via Ferrata are currently used as tourist attractions and are managed by local volunteers and communes.

Local Alpine clubs upgraded their equipment, increasing access to anyone other than true mountaineers.

By building artificial protection and aids, the Società degli Alpinisti Tridentini (SAT) and the CAI started reducing and increasing accessibility to the ascending routes in the Brenta Dolomites in the 1930s.

Mountain walkers discovered the Via delle Bocchette, which earned it a legendary reputation that it still has today. Climbers joined natural routes and lines in the rock together, and a route system was constructed, with work ongoing after WWII.

The Via delle Bocchette was built with a particular ethic in mind: climbing devices were maintained to a bare minimum, and the routes purposefully avoided summits, a strategy that is sometimes, but not often, adopted by current via Ferratas.

The Via delle Bocchette was crucial in establishing the concept of using via Ferratas for their own sake instead of accessing climbs or summits.

What is the Grading System for Via Ferrata?

Via Ferratas are graded in a variety of ways. Most people use a five or 6-point scale to rate the intensity of the tricky passage. Miller uses grades one through five.

The Kurt Schall guides (Klettersteig-Atlas series) typically employ a 5-point scale from A to E, while an F grade has lately been utilized, and intermediate grades (such as C/D) are used.

However, depending on the Schall model, the site www.klettersteig.de utilizes grades 1 to 6. The six classic alpine grades are used in France: F – Facile; PD – Peu Difficile; AD – Assez Difficile; D – Difficile; TD – Très Difficile; Extrêmement Difficile (although, the grades have no comparison to their Alpine counterparts).

Many guidebooks include additional information to aid in determining the route’s nature, like the route’s length, maximum height attained, and a grade for the protection quality.

One critique of these rating systems is that they overlook the length and severity of the problems – a lengthy, high mountain path with significant grade D passages is considerably different from the short valley route with just a brief challenging part, both of which are graded D.

To compensate, additional grades on the route’s seriousness are frequently supplied – Kurt Schall’s guides utilize a five-level adjectival scale, while Fletcher and Smith use a three-point scale A-C. The old Werner/Hofler guidebooks used one general grade on an A-G scale.

What Safety Equipment Do You Need for Via Ferrata?

The safety equipment you will need for climbing Via Ferrata is listed below.

A via Ferrata does not require climbing shoes, although you need close-toed footwear. Hiking shoes or boots will suffice, although approach shoes with the sticky ascending rubber and agile design are the best choice.

To ascend via Ferrata, you’ll require a harness. It is dependable, comfortable, and reasonably priced. Black Diamond Momentum Harness is one of the most versatile and high-quality harnesses.

Another essential item of Ferrata protective gear is a helmet, which will protect your head from debris falling and other unforeseen bonds. It’s a low-profile, lightweight option. Black Diamond climbing helmets are a secure and top choice. 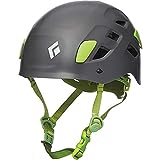 The lanyards are specially made via Ferratas, enabling you to quickly and safely transition from one cabling section.

Like what you’d carry on a day trek, a modest backpack is great for carrying snacks, water, and extra layers. For hands-free shipping, choose a model with hydration. 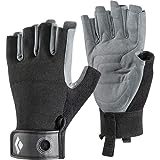 What Else Should You Bring for Via Ferrata?

You’re pursuing the mountains! The whole Via Ferrata is 9,000 feet above. It will help if you plan on carrying the following items in addition to your safety equipment for Via Ferrata.

How to Climb Via Ferrata?

Here is a list of the guidelines on how to climb Via Ferrata.

Before attempting the via Ferrata, examine the map route and inquire about any emergency exits; you can ask locals.

To bypass the line, arrive early. Wear the ascending harness, helmet, and Ferrata Kit in a location shielded by unintentional pebble falls from hikers above before starting the ascent. 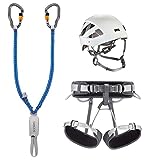 In a Ferrata, one begins by anchoring oneself, which is accomplished by directly connecting to the anchoring wire via the carabiners at the ends of the two small rope lengths.

A single carabiner is insufficient to attach securely to the cable: the anchoring cable is fastened using pins to the wall that prevent your carabiners from slipping beyond.

Therefore, it’s vital to unhook it from the cable or line and hook it again after the pin.

Using a single carabiner throughout this period would leave one insecurely linked to the wire, posing apparent risks to someone’s safety.

It would help if you used both carabiners in that order, unhooking the second one immediately after hooking the first one past the pin.

You must hold the cable in one hand

The two carabiners should be in front of your hand, trailing the cable at all times so that they are constantly accessible.

One hand should cling to the cable since the other can take advantage of the rock’s grips. Wearing Ferrata gloves and carrying a small pack will make your experience even better.

Make use of your feet and legs

While moving on the Ferrata, it’s critical to use your legs and feet as much as possible since this will reduce the amount of time you spend pushing on the rope with the arms, which will quickly grow exhausted.

Push oneself upwards with the legs while minimizing the pressure on the rope with the arms.

Two climbers can not be on a similar section of the Ferrata simultaneously (the cable portion between two successive pins).

In the event of a collapse by the first hiker, the second person would be washed away, with predictable consequences.

Make sure your gear is in working order

After one fall, replacing the Ferrata set is critical because the drop is probably to have injured the piece that isn’t evident to your naked eye.

Which are the 10 Most Popular Via Ferrata Routes in the World?

This is a list of the ten most popular Via Ferrata routes in the world.

Is Via Ferrata Safe?

Yes, Via Ferrata is a safe type of climbing. The primary dangers are falling rocks (it’s not uncommon for climbers over you to dislodge some stones) and fall-related injuries.

A via Ferrata could be highly hazardous if you slip because you will plunge downhill to the next cable attachment. While the record of safety talks on its own, the Via Ferrata is just as secure as the climbers who use it.

You can efficiently manage most dangers if hikers follow the guides’ directions and are aware of their obligations within the team.

However, because the Via Ferrata occurs in the woods, there are components of security that are beyond your control, such as animals in the wild, sudden weather changes, or other natural acts.

People should use the safest equipment available, engage highly certified guides who receive extensive training, and review their methods regularly to guarantee that they are getting the safest possible experience.

However, if you’re a novice with no prior expertise on vertical terrain, employing a mountain instructor is not just a safe bet.

Still, it’s also the most fantastic way to study how to utilize the technological devices, gain insight into the profession, and ascend via Ferrata on your own.

Is Via Ferrata Rock Climbing?

Via Ferrata is a climbing route, not a climbing activity such as rock climbing, that uses steel cables, ladders, or rungs, anchored to the cliff whereby climbers attach a harness using two leashes to tie themselves to a metal fixture and minimize any falls.

Is Via Ferrata Mountaineering?

Mountaineering, often known as alpinism, is a group of outdoor sports that scales significant peaks. Traditional outdoor climbing, traversing, and skiing via Ferratas are all mountaineering-related sports. Some people regard indoor climbing, bouldering, and sport climbing as mountaineering variations. So, Via Ferrata is not an activity but a protected route for climbers.

Is the Ouray Via Ferrata Free?

After the Ouray Ice Park paradigm, the Ouray Via Ferrata will be owned by Ouray City and open to the public once finished. Local expert guide services will be available for guided outings.

Who Can Do a Via Ferrata Climb?

Almost everybody! Individuals on the Via Ferrata should be around 13 years old and in excellent physical condition, capable of handling the physical rigors of ascending while keeping tether connections, and so on.

I’m Scared of Heights. Should I Climb the Via Ferrata?

You must be fine if you generally have a healthy phobia of heights. It may not be the perfect activity for you if you are terrified of heights.

“Real” Climbers Don’t Climb the Via Ferrata, Do They?

The Via Ferrata has been climbed by many expert rock climbers. It’s a great, nice break that allows climbers to put their gear and rope in the car and ascend for several hours without pausing to belay. Also, it’s a fantastic opportunity for hikers to familiarize themselves with non-climbing buddies to the world of verticality.