Why River Rocks are Smooth? (THIS IS WHAT SCIENCE SAYS) 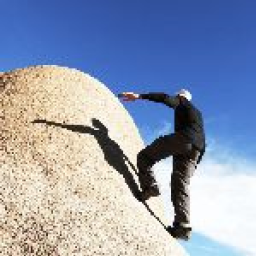 Why river rocks are smooth is a question that puzzles us all for a long time.

It is a geological process all over the world. Abrasion, erosion, and weathering make the rocks smooth and round. Rocks are rough when they enter the water from the surrounding areas. They undergo abrasion during water transportation for years to become smooth.

We will give you details of all the factors influencing rock weathering and abrasion.

Why River Rocks Are Smooth and Round?

River rocks are smooth and round because natural forces initiate the abrasion process on the rocks that continue for years. The rocks are not round when they form.

Only some types of igneous rocks have smooth surfaces because they cool rapidly from lava during the formation process. All other rocks have a rough surface with sharp edges.

The abrasion process smoothens the rock surface and edges when the rock enters the water. Abrasion does most work in the smoothing process.

When the water currents force the rock to change position, a small part of the rock rub with other things on the river bottom. It produces abrasion on a small scale.

Most rocks reduce in size during the process also. There is a factor of chemical weathering also. Water and the chemicals at the bottom of rivers can change the surface of the rocks.

Reading List: Can You Bring Rocks on a Plane?

How Do Rocks Get into Rivers?

Rocks get into the river when they dislodge from the larger rock mass by erosion or ice wedging and travel miles by nature’s forces to come to the rivers.

Most rocks start their journey from the large rock mass. This rock mass can be on a mountain or the bedrock of a glacier. As the glacier plucks the rocks, they enter small streams that lead to rivers.

Some rocks also fall from the larger rock mass by erosion. Rocks do not move from where they fall unless near the rivers. Rivers also change direction in a few years to get things from distant places.

Rain and floods can also force the rocks to change places and enter the water. Once the rock enters the water, it moves toward the large water bodies. It also faces erosion and abrasion along the way to make it smooth and round.

It undergoes the same process as the rocks in the tumblers. The water moves them from the sand and small particles to make the surface smooth and round.

Related Article: How to Identify Your Rocks?

What Happens to a Rock in a River?

When the rock enters a river, it strikes the other rocks due to movement from the water force and becomes round and smooth. This process is known as transport-induced abrasion.

When many rocks are moving due to water force, they impact each other and the sides of the river. Many small sand particles also rub against the surface of the rock.

What happens to the rock largely depends on the rock’s shape. If the rock has more pointy ends, water will apply more force to it.

It will move faster and impact other rocks harder. The sharp ends face more force because the flat surface does not strike other surfaces frequently.

When a flat surface rock is not affected by the water force because the force distributes on the surface. When the rock has a pointy end, each elevated part receives the full force of the hit. It will lead to unequal abrasion.

Elevated surfaces face more abrasion than flat surfaces. It will lead to more rock surfaces becoming flat. If the rock does not have a pointy surface, it will take a round shape.

It will also become smooth because the uneven surfaces will become smooth. The movement of water and sand on the rock surface makes it more smooth.

Some rocks can break during abrasion when heavier rocks hit them. It makes small round rocks in the rivers.

Related Article: What Rocks and Minerals are Worth?

Why Are River Rocks Slippery?

River rocks are slippery because water and small rocks rub with the rock surface and act as polishing agents. Most people think about the large ones hitting each other in the water.

No one notices that water and sand particles are also present at the bottom. Sand is part of the river’s bottom as the river makes it by breaking the sharp ends of the rocks.

Small pieces break from the surface due to erosion when they are in the water. The erosion speed depends upon the water speed.

If the river is moving fast, the rocks will be smoother. When you go to the larger rivers, you will find many slippery rocks. It is due to the fast river flow.

The time a rock spends underwater also determines the level of smoothness because more time underwater will make them smoother. There are some other factors also that can make the rocks slippery.

When you step on the rock covered with algae, the rock surface resistance will not act on your shoes, and your feet will slip.

Water can also reduce the friction of a surface. When a flat surface rock has water on it, it will be more slippery due to reduced resistance.

Why do Rocks Get Smaller Downstream?

Rocks get smaller downstream because the water will exert a continuous abrasive force on the rocks. They will start as a big rock on the top and become round and small as they go downstream. You will see more large pieces at the top because the slow-moving water does not have enough force to bring them down.

Most rocks are rough when they enter the water. The smoothing process also reduces their size because it chips away from the pointy ends.

The abrasion is fast at the start when there are many sharp edges. As the rock stays in the water for long, most sharp edges become smooth. The abrasion will affect the smooth edges also.

The effects are minor compared to the sharp edges. The abrasion continues on the round surfaces also with a small force. As you go downstream, you will see smaller rocks.

If you travel more distance, the size will get smaller as the rocks have spent more time in the water. Smaller ones are present at more distance the downstream as water can push them more.

Can I Take Rocks from a River?

Many of us go to rivers to collect rocks. Most people do not consider it an offense to take some from the river. It is due to a lack of awareness.

If someone reports your presence in the natural reserves, you may face legal issues. Some landowners do not want anyone on their property. If you go there without permission, they may file trespassing charges against you.

You may have to suffer due to these legal cases. If there are no laws to prevent you from the rock collection and the land is designated as public property, it is suitable to collect some rocks.

Tip: You need to learn about the local laws regarding rock collection from rivers when you are abroad to stay safe.

Can I Tumble River Rocks?

You can tumble the river rocks if they do not have a dissolving surface. They should have a high level of hardness to endure the tumbling process. You may have to continue the tumbling process in the first phase for a long time to remove the cracks and smoothen the broken surfaces. The second step may take less time because the river has done some of your smoothening work.

If you find a rock with rough edges suitable for your collection, there is no need to leave it there for the river to smooth it. You can put it in a rock tumbler with grit to speed up the process.

There are many types of tumbler grits to do different functions. Some are perfect for making the edges smoother. Some grits can polish the surfaces to make them shiny.

Tumbling is a fun process to bring out the beauty of the rocks. You can remove the cracks and increase the shine. It is better to process your new collection in the tumbler before displaying them.

Tip: You should learn from some guides about rock tumbling to get proficient in this field.