Most Important Facts about Petra Klingler

Charm and intelligence are the words that can candidly describe this Swiss climber. Petra Klingler refuses to be a damsel in distress.

Quite the contrary, you may need her to come to your rescue if you’re stuck on a cliff. Despite the glaring hurdles, Petra has fought her way to the top for close to three decades.

And unlike most climbers that specialize in one niche, Petra takes pride in being a versatile athlete. So, when she’s not busy taking down rocks, you can find her somewhere in Iceland trying to climb ice blocks.

Born in a family of climbers, it is only natural that she follows suit in the steps of the generations before her.

Ironically, this Petra Klingler was born with a club foot. This problematic condition would have been a hindrance to her career were it not for the intervention of her folks.

She went through corrective procedures to help realign the ailing foot to help her walk.

In addition to that, she had to wear special shoes that kept her feet in the right direction for most of her early childhood. Miss Klingler was born in a family that appreciates the outdoors.

Her grandparents and parents were avid climbers, so she followed in her family’s steps by default. She would spend time with her elders exploring the world as they climbed rocks.

She experimented with climbing routines associated with adults and established climbers as young as six years.

Her first encounter with multi-pitch climbing was at this time, and she natured the gift until she was old enough to compete.

Other than climbing, she enjoyed horse riding, which she enjoyed until she was 13, then ditched the hobby for climbing.

While still a teenager, the thrill of climbing with her parents eluded her, and in pursuit of magic, she joined gyms and competitions.

As she grew older, she detached from indoor climbing and opted for outdoor events, which she engages on a date.

Petra’s favorite climbing shoes are La Sportiva Python. She says she loves them for the comps, as she can easily wear them for almost every style of climbing. 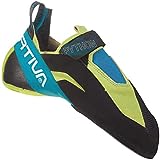 Her first competition was in 2004 when she was 12. She spontaneously participated in a match in one of the climbing events they attended.

Not knowing the name or kind of competition, Klingler gave it her best and emerged the winner.

Klingler won her first medal in the adult category when she was 23. Unlike most other climbers, she took the time to build her courage and rapport before joining any national or international competition.

Her participation in the Ice Climbing World Championships landed her third place in the lead climbing category.

Subsequently, she won another medal in bouldering and one more in ice climbing the following years during the ice climbing competitions held in Kirov, Rusia.

Her most outstanding achievement was the ability to come in third place during the Ice Climbing World Cup in 2017, regardless of sustaining a knee injury halfway through the climb.

However, her wins in 2019 gave her a chance to participate in the Olympics 2020 with the bigwigs.

She scooped gold medals in the lead climbing, bouldering, and speed categories during the Swiss IFSC World Climbing Championships.

Petra’s mother is a primary school teacher, so by default, she was pretty sensitive to the educational needs of her children.

However, by the time Petra was getting to the 5th grade, it was evident that she was struggling to juggle both her school and training routines.

Her parents resolved to make her repeat that class to catch up and excel in her school work. She later joined the secondary school and was surrounded by supportive teachers rooted in her success.

Once she was all grown up, Petra joined the University of Bern and studied Sports Science and Psychology.

Born on February 14, 1992, she was the last born of two kids. From a young age, Petra’s life revolved around her mother, father, brother, and grandparents.

She had the privilege of enjoying a close-knit family that spent time together.

Klingler grew fond of their family, a unit she treasures thanks to their climbing sprees.

When her parents and grandparents were busy climbing, she and her brother took the time to explore the outdoors.

She enjoys horse riding, although she outgrew it in her early teens. Petra also picked up kickboxing while in high school, which helped her a lot.

However, it wasn’t her passion, so she let it down and focused on what she enjoys most, climbing.

She is an outgoing person that has determination. Her private life stays secret unless she wants to use an experience to uplift others.

She prefers to keep her dating life underwater, but we gather that she is currently not in a committed relationship.

Petra clocked 30 years on valentines day of 2022 and is proud of her achievements. At 162cm, she has the stamina that most athletes wish for.

Winning three gold medals in one event isn’t something she takes lightly.

This is why Petra considers her participation in World Beach Games 2019 in the women’s category as her most outstanding achievement.

Her participation in the Olympics held in Tokyo, Japan 2020 is another significant moment in her career.

Her ability to move past any obstacles is another achievement she celebrates, especially since she defied the odds to beat a sickle and club feet and become one of the most celebrated athletes.

There aren’t any books written in her honor, but it is only a matter of time before she makes headlines globally.

However, she has received recognition from several media houses that have created documentaries about her climbing career.

Several websites have also written pieces about her career and glorified her achievements despite setbacks.

Net Worth and Salary Petra Klingler

Since she won her first medal, Petra has been on an upward streak in her career.

Her estimated worth is something between $1-$5 million through her wins and other side gigs.